I called Ropes Direct and explained that we really wanted 6mm white rope but had noticed that it was on a cardboard reel. As a marquee hire company we are often working on wet grass and the cardboard reels tend to disintegrate so I asked if there was any possibility of buying the rope on wooden or plastic reels. They couldn’t have been more helpful! The rope has now arrived and they have wound it all onto plastic reels, which is perfect for us. We don’t buy our rope from anywhere else.

Very quick supply of a rope which we couldn’t find in any local stores or agricultural suppliers. Luckily someone told us about Ropes Direct, and delivery was next day. An excellent service and very helpful phone contact. 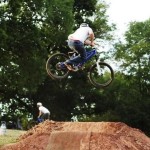 Bought 100m of 4mm jute to replace my old jute in my Kinbaku kitbag. Took my time preparing it by passing it several times through a munter hitch over a carabineer, singing all the little fuzzies off, then letting it hang loosely in the fresh air for a few days to remove the JBO smell. Then conditioned it using coconut oil and a touch of patchouli. It’s got a beautiful golden brown colouring to it, and is soft and smooth to touch; far removed from the initial bristly pale stuff that was first delivered.

I did my first tie with it yesterday, and it was brilliant to work with. Even after preparing it’s still quite stiff, especially when compared to the looser lay of my old jute. It holds frictions really well, meaning there’s little need for using any actual knots to lock it in place. But one of the best things about it is the traditional “creak” that it emits when it’s under strain.

I’m so pleased with how it’s turned out that I’ve already ordered another 100m reel of it! I also intend to get some 6mm jute at a later date for doing some suspensions with. The service has been brilliant, with my order being dispatched and delivered in very quick time. I held off reviewing until I had prepared and used the rope, but I am happy to say that I will be a repeat customer, and will be recommending it to other Nawashi.”

“I had been searching high and low in the High Street for traditional waxed string without success so was glad to find on-line a UK company that had the pucker stuff! Great service and prompt delivery. I use this for the handles of my luxury lavender bags – it is the perfect string for plaiting, nice and fine but quite firm and no shaggy bits! Thanks”

I am starting a new venture using only British rope and twines for some of my products. We are the envelopment phase so I am as yet a very small-time customer. Your delivery times and general helpfulness have been second to none in making this process easier! Thank you very much indeed! I hope it takes off and I can send lots of business your way!

I’ve used Ropes Direct twice and on both occasions I have been very impressed with the quality of their products. These great products are backed up with good customer service and great product knowledge.

I would definitely recommend and use again myself should the need arise. Keep up the good work. There are not many companies left where customer service still matters to them!

We now have 3 different types of swings plus a rope ladder for the children, all made from ropesdirect rope. Helpful on the phone and prompt delivery. Many thanks. 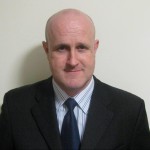 I wanted to install a rope bannister to some sleeper steps in the garden. Ropes Direct gave me great practical advice over options available, fixings, lengths, durability, natural/synthetic, costs, etc etc. And the piece of rope was delivered the next day. Superb service, highly recommended.